To date, there remain two reservations of two major Native American tribes – Shinnecock and Poospatuck. Besides the Native Americans, colonization also brought European and African slaves. Since then, their descendants mixed their blood into the people of Long Island we know today. This assimilation created a lot of historical sites in the process, all related to today’s Long Island society.

The organization itself was founded in 1948, firstly names Society for the Preservation of Long Island Antiquities. Their first call was the destructive WWII developments within the island. Since then, they created house museums to preserve the historical sites still available today. Another mean of preservation are awards for people, projects, or organizations who contribute to historical and cultural preservation.

• The Preservation Efforts
In 2017, their name officially changes to Preservation Long Island. The concise name also brought clear objectives of the organization. Instead of just preserving, the organization began to increase awareness from both local and global audiences. They do this through different means, such as education, advocacy, and stewardship in their museums. They also conducted exhibits and releases publications of their sites. All of their prior and future efforts can be seen from preservationlongisland. If you are interested to see the endangered historical sites in Long Island, you can see the endangered historic places interactive map on their website as well.

Ironically, thanks to colonization, Long Island became one of the most culturally rich regions on earth. From two to three hundred years alone, the area became a mix of Native American, European, and African-American historical sites. If you are interested in the preservation of that mixed history, you will want to visit the website for detailed explanation. 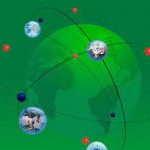